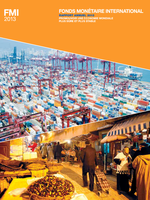 The 2008–09 global economic and financial crisis shook the consensus on how to run macroeconomic policy. It reminded us of the dangers associated with financial sector imbalances; showed the limitations of monetary policy and cast doubt on some of the tenets of its intellectual foundations; and led to a reevaluation of what levels of public debt can be considered safe. This prompted a healthy reconsideration of what worked and what did not, and a debate on how to fix things, ranging from nitty-gritty technical points to broad-based institutional design questions. Five years from the beginning of the crisis, the contours of a new macroeconomic policy consensus remain unclear. But policies have been tried and progress has been made, both theoretical and empirical. This paper updates the status of the debate.

The crisis rekindled old debates and raised new questions about monetary policy and the role of central banks. The large costs of busts and doubts about the effectiveness of new regulatory tools reopened the “lean versus clean” debate on how to deal with asset-price and credit bubbles. The extension of liquidity to non-deposit-taking institutions, specific market segments, and (indirectly) sovereigns raised questions about what the scope of central banks’ traditional lender-of-last-resort function should be. The recourse to unconventional measures in the face of the zero lower bound on interest rates brought about a discussion of the relative role of interest rate policy, forward guidance, and open market operations going forward. The increasing disconnect between activity and inflation triggered a reevaluation of the appropriate intermediate target of monetary policy.

On fiscal policy, the crisis in the euro area periphery (with the associated risk of selffulfilling runs and multiple equilibria) raised new doubts about what levels of public debt are safe in advanced economies. The widespread need for major fiscal adjustment and the difficulties associated with austerity programs rekindled a debate on fiscal multipliers, the optimal speed of fiscal consolidation, and the design of medium-term adjustment programs to reassure market participants and the public at large. The simultaneous presence of fiscal needs and large asset-purchase programs by central banks led to a discussion about the role of financial repression in past consolidation episodes, set off concerns about a possible shift to fiscal dominance, and induced consideration of ways to support central bank independence.

Macroprudential tools may provide a new policy lever to curb dangerous booms and contain imbalances. But evidence about their effectiveness is mixed and we are a long way from knowing how to use them reliably. Their relation with other policies is not yet fully understood; they are fraught with complicated political economy issues; and there is little consensus on how to organize their governance.

A. What Are the Dangers of High Public Debt ?
B. How to Deal with the Risk of Fiscal Dominance ?
C. At What Rate Should Public Debt Be Reduced
D. Can We Do Better Than Automatic Stabilizers ?