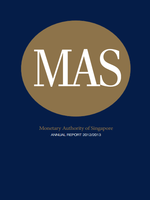 The global economy is on a firmer footing compared to a year ago. The repair of bank and household balance sheets has progressed, most notably in the United States. Central bank actions, including unconventional monetary policies, have reduced the risks of financial instability and a sharp economic recession. A gradual, if modest, recovery in the G3 economies can now be expected in the second half of 2013, supported by a steady improvement in the housing and labour markets in the US and the short-term effects of concerted monetary and fiscal stimuli in Japan. China is expanding at a more moderate pace, but remains an important source of global demand growth. The rest of Asia should also be supported by resilient domestic demand and increasing intraregional trade.

Notwithstanding this improved global picture, we have not returned to the path of normal growth, especially in the advanced economies. There is a critical need to reduce an over-reliance on monetary policy and achieve greater progress in structural reforms, so as to promote lasting, self-sustaining growth. However, recurring volatility is likely in financial markets during the transition to more normal liquidity conditions and interest rates over the medium term.

Against this backdrop, the Singapore economy is expected to continue on a moderate expansion path of 1—3% this year. The gradual improvement in the global economy will provide some upside to Singapore’s external-oriented industries, while domestic demand is likely to stay resilient. Our labour market remains tight. This is supporting wages, as well as a further pass-through of cost pressures. MAS Core Inflation, which excludes the costs of accommodation and private road transport, could rise moderately in the latter half of this year. CPI-All Items inflation will ease this year, reflecting the gradual slowdown in the increase in imputed rentals on owneroccupied accommodation, and the recent correction in COE premiums due to the package of motor vehicle policy measures.

MAS tightened its monetary policy stance in April 2012 by increasing slightly the slope of the S$ nominal effective exchange rate (S$NEER) policy band, with no change to the level at which it was centred. This was a measured step, aimed at averting a build-up of price pressures, anchoring inflation expectations and keeping growth on a sustainable path as the economy restructures. The policy stance was maintained in October 2012 and April 2013.

We recognise that inflation will generally be higher than the historical norm during the medium-term transition towards a higher-productivity economy. However, MAS remains vigilant in preventing cost pressures from escalating and ensuring that consumer price inflation stays moderate.

Asset market inflation, especially in housing, remains an important focus for MAS. Low global interest rates put pressure on asset prices and credit growth, with potential knock-on effects on both consumer price inflation and financial stability. MAS has applied targeted macroprudential tools to cool investment demand in the property market, complementing monetary policy in promoting sustainable economic and financial conditions. The measures, together with coordinated actions by other Government agencies, have helped to stabilise the market. We continue to monitor their effects.

ANCHOR OF ECONOMIC AND FINANCIAL STABILITY

VALUED PARTNER ON THE  INTERNATIONAL FRONT

ONE MAS: INTEGRATED AND COHESIVE