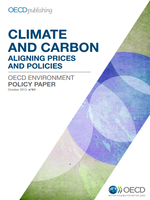 In a growing number of countries, the long-term implications of low levels of financial literacy among the majority of the population are prompting governments to take action. Improved access to basic financial products – including bank accounts, credit and saving products – for a rising middle class in emerging economies, the increasing sophistication of the financial landscape and products while public and occupational welfare benefits are shrinking in most developed countries have shed light on the importance of consumers‘ financial decisions.

Nevertheless, consumers around the world and in particular vulnerable groups display limited knowledge and understanding of financial products and concepts. They also have difficulty making long-term informed financial decisions and selecting financial products that match their needs. This may have negative consequences not only on individuals‘ and households‘ future financial well-being, but also on the long-term stability of financial and economic systems. To respond to these concerns and support consumers‘ financial empowerment, governments and relevant stakeholders in many countries have established financial education initiatives as a complement to financial consumer protection and regulatory reforms, as well as policies aimed at reinforcing financial access.

Especially since the financial crisis, a growing number of governments have engaged in the development of dedicated national strategies. These aim to enhance financial education efficiency through nationally co-ordinated and tailored efforts. The national strategies are particularly designed to provide adapted and resource-effective solutions to the financial literacy needs of individuals, including the most vulnerable. They have been adopted either as stand-alone public policies, or in combination with financial inclusion and/or consumer protection approaches.

At present, 45 countries at different income levels are well-advanced in the design or implementation of a national strategy for financial education; and another widening group of countries is considering developing one.

Global and regional forums such as the G20 and the Asia Pacific Economic Co-operation (APEC) have acknowledged the relevance of these national endeavours to support financial stability and inclusive development. At their Summit in June 2012, G20 Leaders endorsed the High-level Principles on National Strategies for Financial Education developed by the OECD and its International Network on Financial Education (INFE). In February 2013, G20 Finance Ministers and Central Bank Governors further confirmed their interest in these policies and called for the OECD,under the aegis of the Russia‘s G20 presidency, to prepare a progress report on the development of national strategies.

MESSAGE FROM THE OECD SECRETARY-GENERAL